New ecosystems: from “push model” to “pull model” and why Pop-Up Stores can enhance the latter

The internet has been a turning point for the way we understand time, distances and communication, democratizing the way information is shared.

Two major disruptions have changed the way we understand retail: the inception of  tech giants and new consumers’ empowerment.

Let’s take a look at the scenario of the tech giants:

Apple has changed the way we communicate, they had a vision: putting into our hands the world. They achieved it by creating the idea of a smartphone and ratifying the end of the Blackberry era. They never intended to compete against the Blackberry (the most famous phone and a status symbol at the time), but back in early 2000, they had an idea, an entirely different future for smartphones: Apple envisioned it as a single device for all of life, not just for business. As we know today smartphones have become a central device in our lives.

Amazon has changed the way we perceive buying: focusing on availability and velocity, guarantees that consumers can find almost everything on its online stores and receiving the purchase in a short time. Amazon is disrupting the physical stores as well, as it is applying to their concept the same characteristics of their online stores: rapidity and efficient touchpoints. Indeed, between 2017 and 2018, sales in  the physical stores have grown 197%, challenging the brick and mortar in the U.S.A.

Google has gone from being a search engine to offer all sorts of services, seemingly unrelated. From driving driverless cars to phones, this company has grown to impact our lives and nearly every industry sector. For example, Google launched its fibre service connecting homes with faster internet service, in cities in the U.S.A; forcing internet providers to lower their price and increase their bandwidth. Google is also helping to build fibre backbone, in parts of the globe where for local governments would be too expensive: “thanks to Google, by 2020, 90% of the populated world will be covered by mobile broadband”. (cit. The Signals are talking by Amy Webb). Having an internet connection and a smartphone means that even remote communities can be in contact with the rest of the world.

Facebook, has changed the way we relate to each other and further setting the bases for other social platforms. As free service, Facebook generates almost all revenue from ads; for Facebook, every single user is the product. This is a major difference if we compared to the classic business model. Facebook uses the consumers as they product by extracting data to create a tailored advertisement and increase their income.

These tech giants have in common some characteristics that made them become what they are today:

The second major disruption, after the arrival of these tech giants, is a New Consumers’ Empowerment. Thanks to the Internet and social media, the communication flow is no longer unilateral between companies and consumers:

As a consequence consumers are highly demanding, they expect companies to know what they want, not only concerning the product but also about the services around it and involving them in decision-making processes that linked to values or have an ethical impact.

Due to the changes in the way companies do their business and communicate it, the business model used until now was a Push Model, where all the decision came from inside to the outside, putting the company at the centre. In other words, pushing the products or services onto those believed to be the right consumers.

A Pull Model, however, changes the centricity that companies thought they had, and puts the consumer at the center of every single decision, bringing all the information needed from the outside to the inside, really getting to know the customers, making the perfect and as possible tailored-made products for them and integrating all the information customers want to hear and know.

Is it with this idea of retail where the customer is centric to every decision of the company, that pop-up stores are the perfect tool to increase the understanding of your consumers, get to know them better and let them know you know and understand how they behave?

Giving the flexibility of a pop-up store, you can easily create a concept that allows you to gather all the data you need to enhance another aspect of your business. Maybe you are thinking about launching a new product, a pop-up store could be a discreet way to test it out. Or an aspect of your product or service is not clear and you want to listen to the concerns of your customers.

No matter which your circumstances are, this new eco-system forces your company to find new strategies to put your customer at the centre of everything you do and with a pop-up you can achieve that. 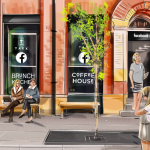 Is owning your data the new luxury? Facebook is trying, through Pop-up cafes, to help us understand how to manage our privacy. Previous 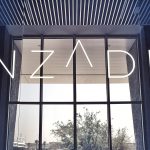 Go— PopUp joins Lanzadera program for the next 9 months! Next