How pop-ups can be an integrating part of a complete urban planning.

We can consider cities special living creatures, they have strong identities that characterise one from another, they have energy, and they change through time. Neighbourhoods are profoundly affected by these changes, and urban planning is a crucial element if the institution and local governments want to guarantee sustainable growth. The main objective is to ease the most burning conflicts that affect cities nowadays: pollution, sustainability, housing to mention some.

Every week 1.5 million people move from urban areas to a metropolis, worldwide, according to UN estimations, with a higher tendency in developing countries in Asia and Africa. The projection is that by 2050 there will be 43 megacities in the world.

The housing conflict is familiar to many people living in cities in Europe and around the world. The increase of inhabitants, tourism and the effects of gentrification are putting a toll on rent prices. It forces city planners and people to search for housing solutions in areas that historically were not thought and planned to be residential.

When looking for housing solution,often unused industrial areas are turned into residential. The challenges that institutions and organisations are left to face is how to turn these new neighbourhoods in attractive areas with all the attraction a resident would look for. In this context, pop-ups are an incredible solution. They offer urban planners lower risk, lower-cost, ways to experiment for brands and an alternative solution for landlords; in a sometimes slow renting market. Pop-ups provide the possibility to revive a neighbourhood by enticing its residences with social experiences. It also results appealing to people from other neighbours, that might be attracted by the uniqueness of the pop-ups events.

How pop-ups are helping the strategy of city planning. The example of 3 cities.

Strategic design and planning are critical for making a neighbourhood a welcoming, functional and sustainable place, where people want to live. These are some examples of pop-ups can be part of urban planning strategy, and design of best practices to transform newly developing districts into an urban vibrant active place.

In Arling (USA), there is an interesting example of urban developing taking into consideration of the potential of the pop-ups. The Rosslyn Business Improvement District or BID is a designated 17-block mixed-use, urban centre in the heart of Rosslyn, a neighbourhood located in the northeastern corner of Arling. The BID has helped the district, which has shifted from being a business community to a 24/7 urban area, to develop through pop-ups events. These pop-ups can often turn into permanent realities, changing the energy of the area forever, providing work and contributing to the economy.

Since they started this strategy in 2017, they say they have offered more than 20.000 jobs and provided to the 13.000 residents with an excuse to go out and spend money!

The Nordbahnviertel Service GmbH working in the Freie Mitte neighbourhood, in Vienna (Austria) operates as an extended arm of the builders’ consortium and ensures sustained activity on the site. The project is ongoing and by 2026 there will be a total of 10.000 residents living in this new hood. The final project will bring to life a commercial space of around 25.000 square meters, for gastronomy, services, art and culture. To entice more people and promote the space, some of them are planned to be pop-ups. The choice lanced on this flexible solution to give more possibilities to brands and shop owner to experiment with the possibilities of this new neighbourhood. Anna Réka Máthé, Neighborhood Manager at Nordbanviertel Service, explains in these words why they believe in these types of actions: “We think that a lively and diverse ground floor retail zone is a prerequisite for the functioning of a neighborhood.”

The neighbourhood of Poblenou was the main industrial area of Catalunya in the early 900, nowadays is a vibrant area of the city, with creative agencies, start-up offices and coworking spaces. Poblenou Urban District is an association founded by innovative enterprises in early 2012; their mission is to promote the Poblenou neighbourhood as the new art and creativity district of Barcelona. Beside offering artist management services, they have a series of spaces they rent for pop-up or short-term events. Throughout the years this approach has not only helped to impulse the commercial, cultural and entrepreneurial offers of the area but also encouraged the exchange of experiences among other multidisciplinary movements of Poblenou.

Within these three examples, it is possible to find three elements that set apart these organizations:

If you want to reshape the structure of your community, include in your next neighbourhood planning the three-element of success: use the principles of governance to shape your organization and the relationship with the main actors; make people and the community the core of the organizations’ values; use technology in all your processes, and last but not least include pop-up space spaces for the community to experiment. 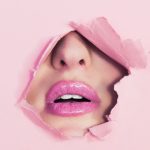 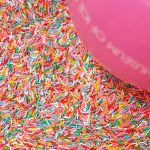 HOW SIGNIFICANT IS VISUAL EXCESS IN A POP-UP EVENT? Next